On 15.01.2019 Branislav Babic celebrated his 40th company anniversary at BLANK. "This is a particularly pleasant event for a company. Faithful employees  like Mr. Babic who have been with the company for 40 years are a figurehead for us," says Managing Director Hubert Deutsch, "In this way generations can learn from each other.” Darko Lorencic, head of the foundry department at BLANK and Ralf Jedrysiak, head of Supply Chain Management and Casting Production, also joined the congratulators. "I still remember my studies well which I completed in the company, including casting. I remember Mr. Babic because he was always referred to when it came to who was familiar with the processes in the foundry." recalls Ralf Jedrysiak.

And Darko Lorencic is also pleased about the commitment of his long-standing employee: "When I started at FEINGUSS BLANK he was the only foundryman in the company, today there are 9 foundrymen, the company has grown so strongly over the years. Branko's domain has always been the weighing station and the closed-loop warehouse, and nobody could fool him about that!”

Jürgen Litz, HR manager at BLANK, handed over a certificate of the company together with a voucher and a special payment for the years worked. He also congratulated Mr. Babic and wished him all the best, especially health for the coming years. Finally, Andreas Bleich, Chairman of the works council, also communicated his congratulations. "The work in the foundry is particularly demanding, since temperatures of over 1,000 degrees Celsius have to be handled day-to-day which calls for a high degree of concentration and caution. Working in the foundry for 40 years is extraordinary. Congratulations on this outstanding anniversary.”

Beside the certificate of the enterprise Mr. Babic can be pleased about an honorary certificate of the federal state of Baden-Württemberg which was signed by Prime Minister Winfried Kretschmann personally, and a gift of his colleagues. After the ceremony there was enough time for conversations while enjoying a cosy get-together with coffee and sweet delicacies. 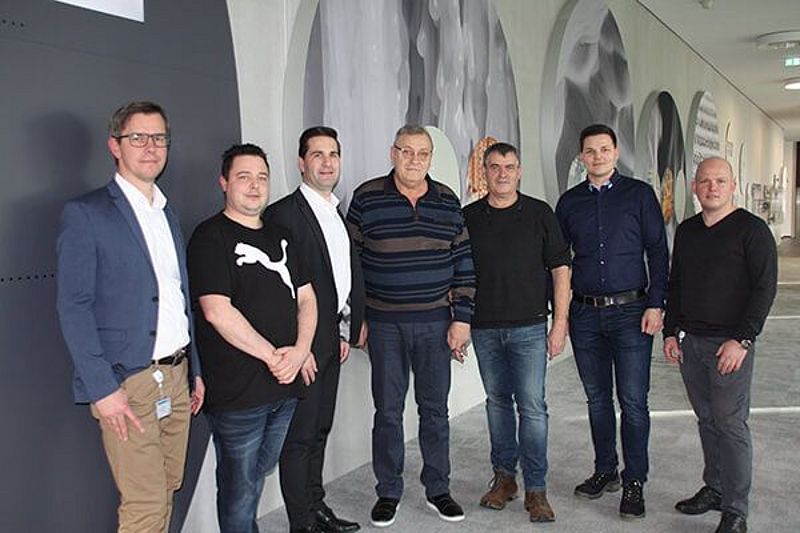