On 12th June Mr. Miksat celebrated an extraordinary anniversary at BLANK: 50 years of activity in the company. This began on 12th June 1969 as a toolmaker, initially for three days on trial which finally turned into 50 years. During a ceremony with colleagues and family the company paid tribute to this occasion. Mr. Brückner, Sales Manager at BLANK, emphasized in his speech the open and positive nature of the jubilarian: “During your many years of work you have helped to shape the spirit of the company,” says Brückner. He has known him since mid-2007 and has always appreciated his sensitive nature and willingness to share his knowledge. Mrs. Eggert, Head of the project management, also congratulated and presented the enthusiastic hobby gardener with a little herb garden.

Mr. Miksat who initially worked as a toolmaker, changed to tool design in 1979 and took over the management and establishment of the toolmaking department in 1983. In 1999 he left FEINGUSS BLANK GmbH to continue his previous work in the newly founded subsidiary FORMENBAU BLANK GmbH, before finally returning to FEINGUSS BLANK in 2002 to take on new challenges in the tool procurement department. This was followed in 2003 by a change to technical sales where he contributed his know-how and years of experience until his retirement in 2013 in the planning of new parts. After his retirement Mr. Miksat was willing to continue supporting the company in project management and pass on his experience to the other employees.

Beside his professional successes Mr. Miksat continued regularly to educate himself for his mastership examination and trainer qualification test. In addition, he completed a large number of training courses and seminars in both the technical and commercial areas.

Mayor Mr. Schafft handed over an honorary certificate of the state Baden-Württemberg. He emphasized in this speech that it is something extraordinary when employees are committed to the company beyond their well-earned retirement. Managing Director Hubert Deutsch also congratulated Paul Miksat on his many years of service to the BLANK Group. "Mr. Miksat is a role model for all of us. He has shaped the company with his many years of dedication and commitment. He deserves thanks and recognition," emphasized Deutsch and presented the jubilarian with the company certificate for 50 years of service. He then invited all present persons to stay and celebrate this anniversary with Paul Miksat.

The jubilarian himself had the last word: "I thank you for the time together and the many years in which I could pass on my knowledge. I am pleased that my advice was always taken into account and gratefully accepted," he smiled, "I was always a positive thinking person and I always wanted to pass on this positive attitude to my colleagues." 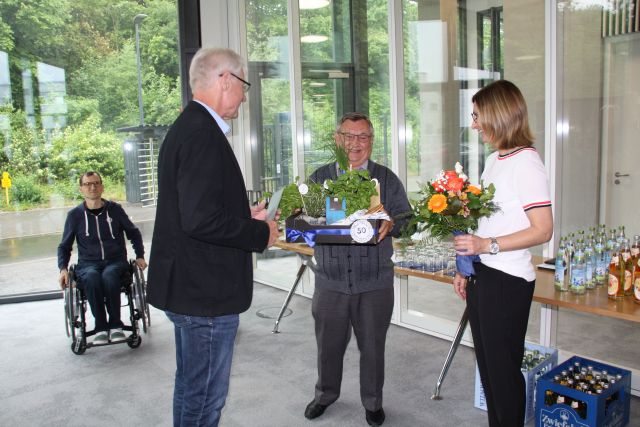 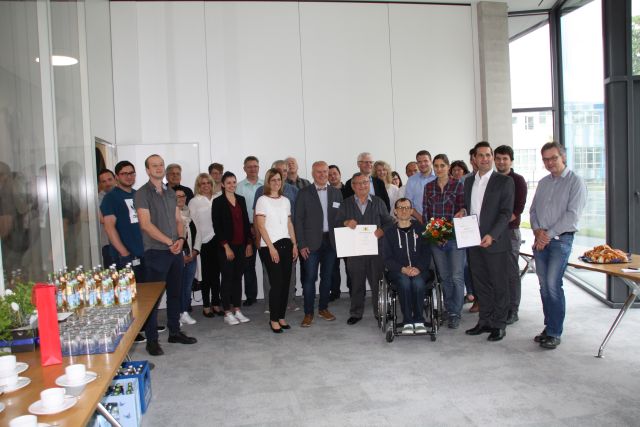 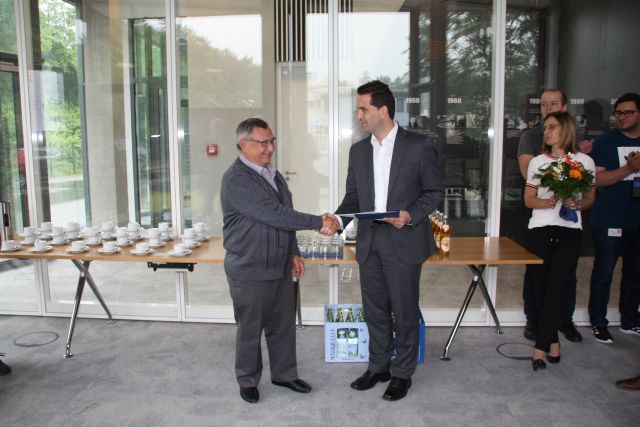