When he started his new position, no one had expected the challenges that the BLANK-Group had to face in the past three years. On 01/01/2019, Hubert Deutsch took over the management of the BLANK-Group in Riedlingen and announced at the time, "No stone will be left unturned." Three years later, he looks back on a milestone as he departs. After turbulent years, BLANK is ready for the future with a new structure and new goals.

"The last few months, even years, have been extremely challenging at BLANK and have demanded a lot of energy," explains Hubert Deutsch, "On the one hand due to many external influences, while on the other hand due to the company's previous focus on the automotive sector." The external circumstances created a difficult environment that put the company group, which was working at full capacity at that time, in a serious position. The COVID-19 pandemic caused the loss of a large part of the production orders overnight. When the pandemic situation finally improved, the German economy, especially the automotive industry, had to cope with supply bottlenecks from the Far East. BLANK's dependency on the automotive industry was once again evident in the crisis of the semiconductor industry. Even when the order books filled up again, the company could not exhale, as procurement costs had increased by up to 20 percent on average, and by up to 50 percent in some cases. "We were unable to pass on these increases directly to our customers due to contract commitments, which significantly weakened our result," says Deutsch, "And if we look at the current energy and nickel price development, triggered by the Ukraine war, the end of the high price increases has unfortunately not yet been reached."

"My goal up to the end was to create a basis at BLANK for the years to come, which was a huge task due to the constantly changing external influences," explains Deutsch, "Nevertheless, I have effectively shaped this important phase of transformation for BLANK with heart and passion. However, it is also important for me to let go completely and decisively, and now was the right time to do so."

The first phase of the new company focus was successfully completed under the leadership of Hubert Deutsch. The second phase, the long-term orientation of the company group, will now be driven forward in a second step. For this purpose, Alexander Lenert will take over from 01/04/2022. Until now, Hubert Deutsch and he have jointly headed the company. Juliane Blank will continue to support the implementation of the initiated measures as Managing Director of the BLANK HOLDING, "I would like to take this opportunity to thank Hubert Deutsch once again for the secure foundation he has created for the BLANK-Group over the past three years. It is thanks to him that BLANK can now face the future with a new grounding, which he has achieved under difficult conditions – after all, he started 2019 under entirely different conditions." For example, a new strategy was developed that focuses on an increased customer orientation and more efficient production. In addition, all areas of work were aligned with the three fundamental cornerstones of strategy, structure and culture. With this in mind, the machining company B² smart precision, based in Romania, was brought into the BLANK-Group with BLANK as a majority shareholder. This is intended to ensure a marketable cost structure in the future and thus secure the competitiveness.

The last major project completed by the current management in March this year was the introduction of a BLANK collective agreement, which many employees had lobbied for and which ensures that all employees are paid according to the negotiated company agreement. "I am especially happy that I was able to help implement this milestone for the BLANK-Group and its employees," says Deutsch. The time for a personal reorientation was chosen deliberately, because the important strategic topics have been initiated and already partially implemented. "It was now simply time to responsibly hand over this "cultivated field" to my colleague and successor Alexander Lenert." The shareholders in the Blank family are supporting this decision, "Mr. Deutsch has steered the BLANK ship through rough seas – one could almost say a storm – and we are very grateful to him for that. In the further future, we will now concentrate on securing the continued existence of our company group. We wish Hubert Deutsch all the best for his professional and private future and respect his wish to change his professional direction.”

For Alexander Lenert as his successor, there are many challenges, but there are also opportunities, "By adjusting prices and increasing efficiency in production, we are slowly but surely steering towards a positive financial outcome again.” However, the current situation must also be taken into account. For example, the world economy, with its global and economic interdependencies, brings new uncertainties and challenges, "However, if the past three years have shown one thing, it is that there are opportunities in every situation that must be used. I am confident that we will master the tasks ahead and emerge stronger from the current situation." 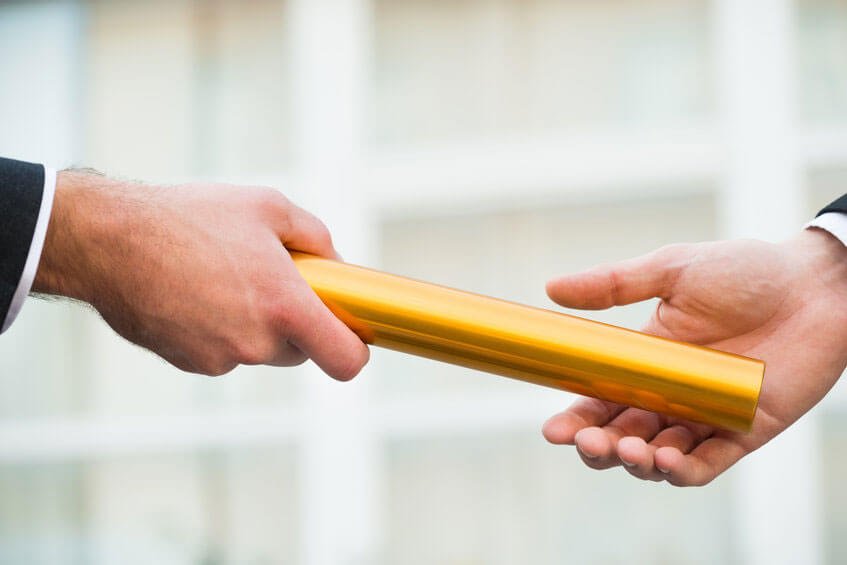 Picture: Hubert Deutsch and Alexander Lenert (from left to right)

Picture: Hubert Deutsch and Alexander Lenert (from left to right)