On the 11th May the City run of Riedlingen could start with a record number of participants.
Among the 393 runners were also nine BLANK employees. The distance of the main run over 10 kilometres led right through the city centre. Christoph Dietz from FEINGUSS BLANK mastered this as the fastest team member. In the overall ranking of the main race he finished 17th out of a total of 86 participants. The team performance of the BLANK runners was also impressive. The fastest team, consisting of Christoph Dietz, Stefan Winkler and Hans-Jörg Bühler, reached place 9. In the everyone's race over five kilometres the company was also able to place two teams. The teams reached place 9 and 13.

Managing Director Hubert Deutsch who is also an enthusiastic runner, is delighted with the commitment: "I would like to thank the employees who took part in the city run. They have achieved a great team and individual performance and I congratulate them warmly!” He contacted the participants by voice message before the race and wished them a lot of fun and success.

The results of the BLANK-runners: 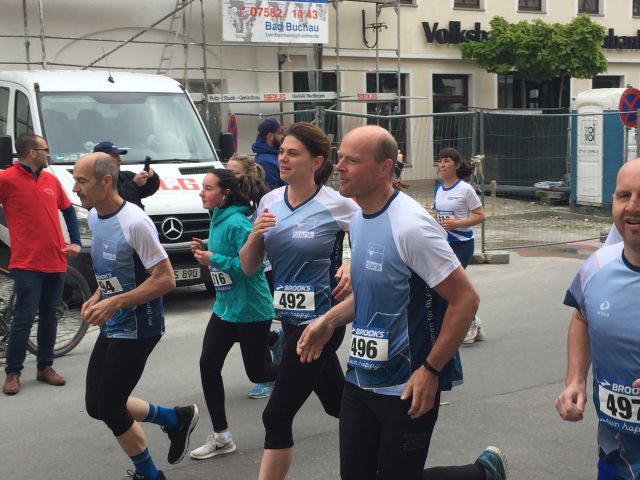